If you've been following the React scene for the last few months, you're no doubt familiar with the (until recently) experimental Hooks API. A few weeks back, I gave a talk that took a long look at what hooks bring to the table. Feel free to check out the repo for yourself, there's quite a bit there to unpack. To commemorate their official release, I want to talk briefly about the higher-level advantages of hooks' state interaction paradigm.

If you're not feeling particularly philosophical, feel free to skip to here to get straight to the hooks goodness.

On a recent episode of React Podcast with Ryan Florence, an interesting question arose:

What distinction is there between a library and a framework? 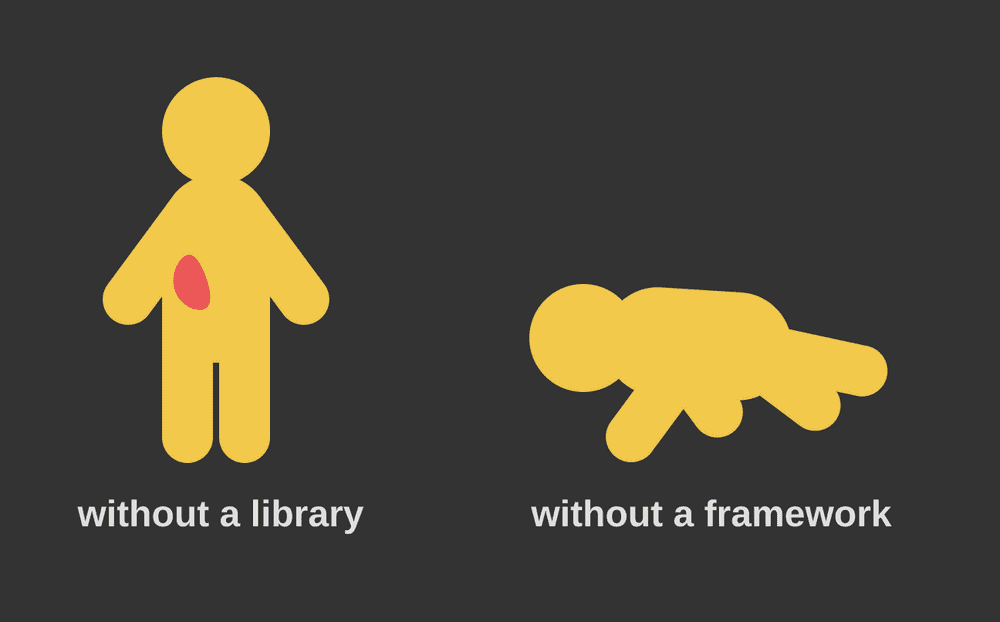 If an application is a human body, I picture every organ as a library and the skeleton as a framework - lose a kidney and your function will be impaired, but take away your skeleton and you really can't do much of anything.

React As A Framework

Ryan provided a great way to distinguish a library from a framework - you call a library, a framework calls you. When you need to do something complicated or need to make sure something works correctly every time, you may reach for a library and call the functions yourself. When you would instead like to declaratively provide pieces of UI and have them assembled and displayed for you, you will reach for a framework instead. As such, I like to think of React as a framework.

When we think of frameworks, what sets one apart as better than the rest? What do we look for when choosing a framework? Performance, ease of use, accessibility, learning curve - there are many considerations when deciding which framework to use. As a developer working within that framework, what makes you enjoy one over another?

In my opinion, the best frameworks are those that allow you to forget they're there at all. At the end of the day, a framework's job is to allow the developer to iterate quickly and ship performant code without having to pause at every step along the way to consider things like performance optimization or complex implementation strategies.

If you've done much work at all with React, this should all be second nature by now, but what if there were a better way? After all, we're developers, not a framework. Why shouldn't we be able to think in terms of how the end user will interact with a component? Mr. End User likely knows nothing about component lifecycles or state management or when to use instance variable over state, he just wants to get his online order submitted quickly and painlessly.

What if instead of thinking about where in the lifecycle you should do something, you could instead simply describe what you want to happen and let React take care of hooking into the correct lifecycle methods? What if you could just say "I want this data available during render, and I need to refresh it every 10 seconds?" Can you see where this is heading?

All code written can be broadly grouped into two categories - declarative and imperative. Declarative code describes what the code should do, while imperative code describes how it should go about doing it. Declarative code is really only possible in higher-level languages, but thankfully it's 2019 and we're web developers so we don't have to worry about that 😎. Imperative code is best when you need the squeeze the best performance possible out of a function, and has the upside of being a very close indication (if not an exact set of directions for) what the CPU is doing.

Imperative code requires a good bit of overhead - we're humans, and our brains just aren't wired to think in the same way as a processor. In the modern JS ecosystem, if you can think it, you can build it, and odds are someone's already put in the imperative work for you. Above all else, I believe the greatest advantage of using hooks is writing components with largely declarative code - you get to think less like the framework and more like the end user.

It seems I've gone a bit long-winded, so I'm going to postpone my original hooks write-up until tomorrow when I can do it justice with a dedicated article. In the meantime, here's a taste of what you can expect from hooks:

Hooks are awesome! Check back tomorrow for a demo - I might even explain what all that code does 😉